San Diego Gets a TV channel designed for Dogs eyes and ears! 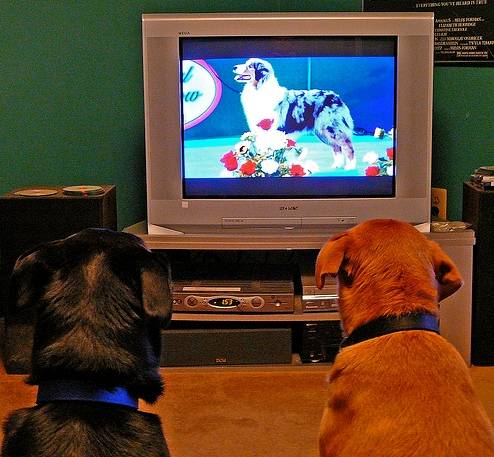 Ever find yourself chilling out couch side with your dog, then notice the dog watching TV? Well, a new television channel for dogs may give ‘watch dog’ a whole new meaning.

‘Very often people may say, you know, isn’t that a little bit over board? The bottom line, it’s not over board. Dogs are not living in the woods anymore,’ Warren Eckstein, a pet psychologist and radio show host spoke for Dog-TV.

With flocks of animal scenes – hoofed, feathered and canine – coloured specifically to a dog’s eyesight while coupled with music and sounds adjusted for their ears, the program advises giving pets ‘time to adjust’ to the programs offered. Dog-TV is like a new friend so they may get extra excited or usually relaxed. Don’t worry, they’re just getting used to the channel,’ the channel’s website says.

Tip related! Personally, when I leave the house every now and then I will leave the TV running on a network I feel is safe to stimulate the dog with sound and visual while I’m gone. We recommend stations with moderate vocal broadcasting such as sports channels, talk shows, or shows you would play for a toddler helps with puppies.