Welp, it’s been a little over 1 week since Jack had his bilateral TPLO knee surgeries and I can honestly say I’m impressed with how much progress he has made.

Man, he never ceases to amaze me. He is is now 9 days post op. Anyone who has ever had TPLO on their dog knows how difficult it can be for them to get around. Now imagine if your dog had it on both legs at the same time.

The vet said he expected Jack to be virtually immobile for at least a week or two. Well, not my Jack -“attack”. He was walking around the apartment on the first day with the assistance of the sling the vet provided us. 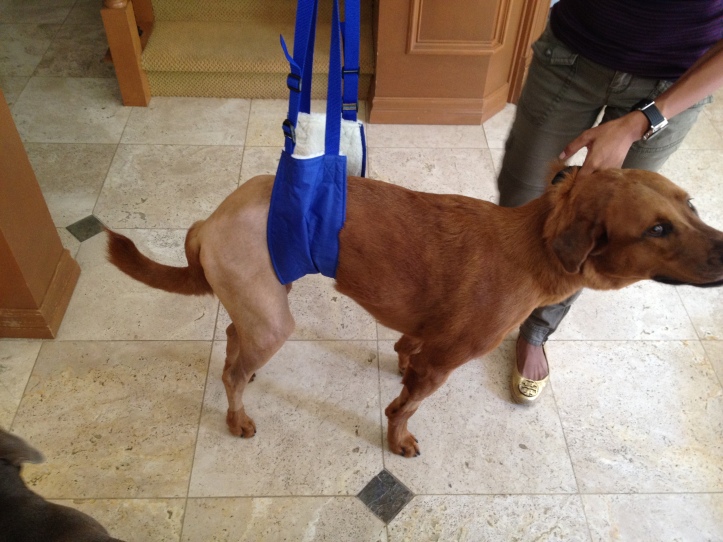 Today his gate is already almost, almost, normal (very little limping and almost no bow-leggedness, phew). I can’t believe it. To top it all off, he hasn’t whined or whimppered once. He is such a tough nut. He even tried to run this morning on the way out to go potty, but I nipped that in the butt REAL FAST. ( It has been highly encouraged, that even though they appear to be capable, it’s our responsibility as the parents to limit the activity use the first 2 weeks )

As Mom I make sure that I continue to follow Dr.’s orders: oral medication, massaging his legs, icing his knees, as well placing hot patches on them too. In order  for Jack to avoid follicle infection they had to shave his all his hair off from his hips down. So now he’s walking around  bottom half in his birthday suite – I always sure to provide him blankets to keep his tush warm as well blocking him from licking his wounds. ( one of the most essential steps in a successful recovery is not letting the pups lick their wounds, as this leads to infection. which is why Dr.’s always provide dogs with buster “Elizabeth” collars post surgeries ) 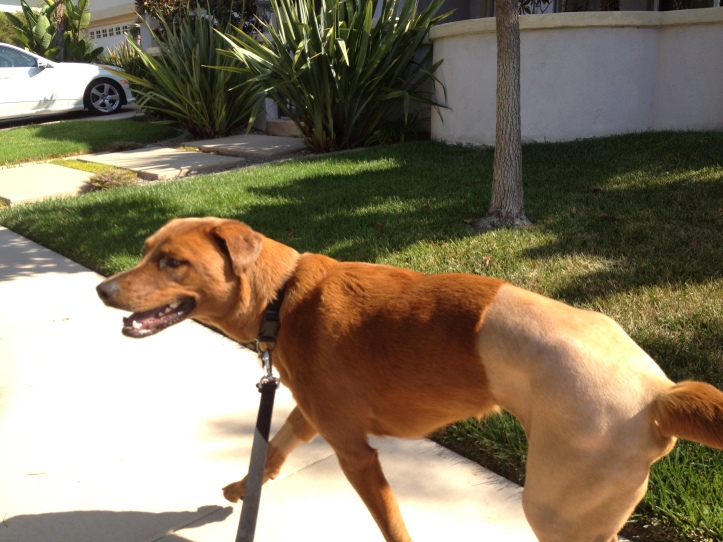 The biggest problem I have had is keeping him down during recovery. I arranged an entire play pin for him downstairs as stairs can be a challenge for him. So far with the minimal walking we do, Jack has been putting pressure on both legs which is just amazing. He constantly tries to chase and play with our bunny and his best friend Cali ( a blue nose Pitbull ) who lives with us too. For the most part we will continue to relax at home and he get’s social stimulation from people watching from our balcony, something he has always enjoyed to do pre surgery. 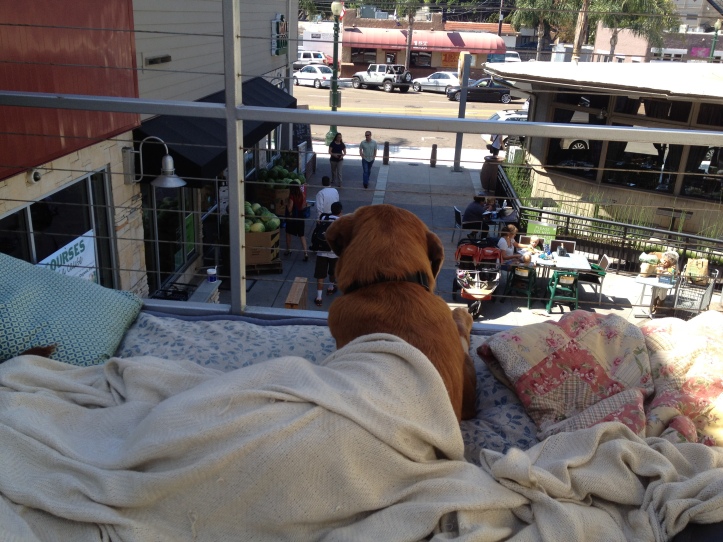 Anyway, just wanted to brag and update you all about my pup for a sec. I can’t wait until he is healthy again.