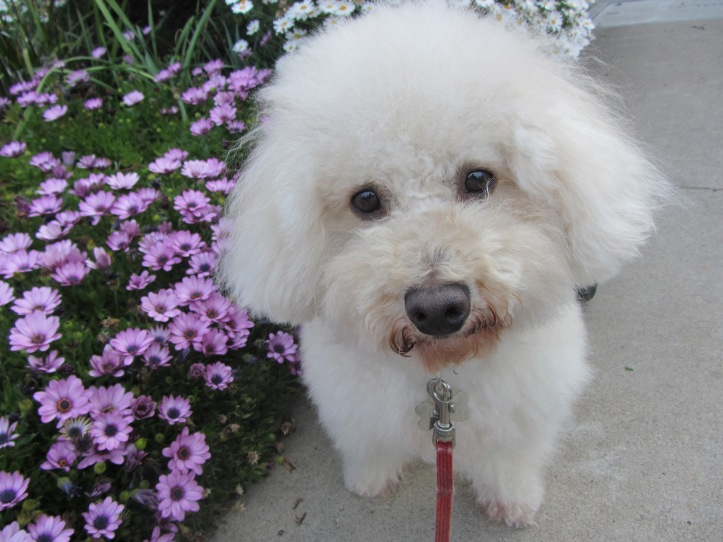 When it comes to San Diego animal rescue groups, we at Barking Beast could not be more appreciative of the incredibly hard work these organizations put forth every day in their search to rescue homeless animals in our community.

This Saturday October 26th, our friends at Bichon FurKids Rescue (BFK) will be nearing their 2,100th rescue and adoption at the Fall Bichon Bash in Escondido. This is an huge milestone in the rescue group’s achievements and a reminder of the significance of rescue efforts – and the need for volunteers to address the ever-increasing number of pets without homes or families.

Bichon Furkids (BFK), a local rescue group in its 7th year of operation dedicated to saving bichons and bichon mixes, will be hosting its semi-annual Bichon Bash in a few weeks. This event will commemorate Nicholas, whose very survival and subsequent healing is a testament to the care and commitment this rescue group provides its FurKids, and is representative of what Bichon FurKids has accomplished.

Nicholas’ journey to become a FurKid began on a cold, rainy night in Escondido, December 16th, 2010. At midnight a homeless man called in to report a dog that had been hit and dragged behind a car, then thrown into a dumpster on Rose Street near East Grand Avenue in Escondido. This ‘good Samaritan’ heard the anguished cries of the dog – and sought help. Within an hour the poor dog, whose skin had been torn off as a result of being dragged behind the car, was in an Escondido veterinary facility where he was assessed and evaluated. Only the most necessary of emergency procedures were performed (after all, he had no owner to pay the fees). A few hours later when Escondido Humane Society (EHS) opened its doors, a call was made by the emergency vets to pick up this dog (who was county property) and bring him to EHS. Recognizing that their facility and staff were not able to care for a dog that was critically wounded and would need wet and dry bandage changes every day for many months, EHS contacted Bichon FurKids.

On Dec. 18, 2010 Nicholas became a FurKid. His recovery reflects the bichon spirit, the commitment of foster mom Danna Santos, who is a vet tech, and the support of the Bichon FurKid Rescue community. Nicolas’ (aka Nicky) will to survive and thrive, the joy he finds in each and every day, have been lessons to us all. Nicky has become the rescue group’s “poster boy” and will be at the Fall Bichon Bash to be recognized, along with Danna, as they embody what rescue is all about. Nicky may be racing around with his new wheels (a custom cart that has been built specifically for him to assist his mobility) and will be happy to meet and greet everyone, human and canine.

The Fall Bichon Bash attracts 200-250 people (and almost as many bichons), and provides a venue for people who have previously adopted bichons, people interested in learning about the breed and the many volunteers who support the mission of the group. The event is a day filled with fun, entertainment and education. Emceeing the event will be Tod Howarth, a rock and roll vocalist, keyboardist, guitarist and proud “dad” of Alfie, a bichon he adopted from Bichon Furkids. In addition, the Bichon Bash features a Parade of Rescues, a Costume contest, a silent auction, raffle, training demonstrations, a segment on pet nutrition, and “Stump the Trainer,” and a vendor fair. Tickets can be purchased in advance or at the door. Registration is $25 per person; $75 for family of 4. Those interested in volunteering at the event or in general or who want invitations to the Fall Bichon Bash can email info@bichonfurkids.org.

WHY: BFK’s rescue and live-adoption of Furkid #2100 is a significant milestone that represents the fulfillment of a real need in our society. At a time when pets are increasingly disposable and not properly cared for, BFK is making a difference. An all-volunteer organization, with a purpose and passion, BFK is a Carlsbad-based rescue group that is as committed to ‘rehabilitation’ as it is to placement in a forever home. Few if any other rescue groups do what BFK does. The rescue group works in conjunction with local veterinarians to go the extra mile: performing surgeries on luxating patellas (kneecaps) and hips, removing bladder stones, restoring vision and doing spinal surgery to help the ‘kids’ it rescues heal and return to normal, healthy lives.

BFK raises the funds it needs through individual donations and events and has done so for seven years. There are very few rescue groups that can sustain themselves over the years, especially as an all-volunteer organization.

WHO: Marti Colwell is founder and CEO of Bichon FurKids. She is passionate about helping ‘FurKids’ survive, thrive and go on to lead happy lives with families that truly love and care for them. Marti is hoping that BFK will be instrumental in helping the community to understand the lifelong commitment that our pets deserve and educating the public to be a part of that solution. Marti is a catalyst for finding solutions and loving homes for so many FurKids that deserve an advocate, and wants people to know that volunteers are needed. She hopes that Bichon FurKids, its outreach and infrastructure, may be helpful as a model to other rescue groups as well.

INTERVIEWS: Marti Colwell, founder and CEO of Bichon FurKids, along with Board members, families who have adopted FurKids and the fosters who open up their homes and hearts to help provide great human interest stories. They are available for interviews to discuss the importance of what BFK is doing, how the organization is giving back to San Diego County, their dreams for the future, and how the public can help.

We hope to see you there! For more information on the event contact Ingrid Andrews at 760.613.2039 or ingrid@cmgdelivers.com and be sure to like them on Bichon FurKids Rescue – La Costa, CA – Non-Profit Facebook!