Hockey in San Diego! It is just me or has this San Diego hockey thing really caught on with San Diegan’s.. and rightfully so! Not only has the team exceeded fan expectations with bringing this exciting sport and lifestyle to America’s finest city for the first time in years, but the team took the city to the AHL playoffs! The Gulls organization has been winning over fans beyond their games, but also with the teams community involvement and countless appearances on local media outlets sharing the sport of hockey with city. Heck even the team’s mascot Guliver the Gull is one awesome bird, he’s placed in the AHL’S Mascot finals! 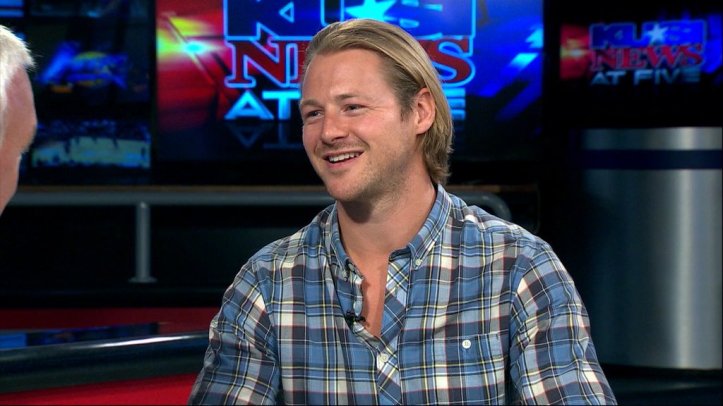 One player Joe Piskula, is extra special to talk about not only because he’s the teams Captain but for his love of his chocolate labrador Big Ted, which is nothing short of popular. I tracked down the hockey defensemen for a FOX Sports San Diego Gulls Joe Piskula special after seeing many adorable photos the hockey player share of his large chocolate lab on his social media since. He graciously agreed to the story, from what we heard about Piskula leading up to the shoot ” anything that involved his dog, would likely win over his interest.

We set it up so Piskula could meet with us after practice at Ocean Beach Dog Beach, conveniently located 10 minutes southwest of where the Gulls play, The Valley View Casino Center located in the Sports Arena. With him was his beautiful wife Lauren, and of course the man of the hour were so excited to meet, Big Ted.  Like any dog when they first step paw at the beach, Ted did not want to be pet, he did not want to meet myself or my production crew members. All he could see and focus on naturally, was the ocean. One thing I noticed from first impression was Ted had the deepest bark, I heard in a ling time. From the minute he laid his big brown eyes on the ocean water his barks made waves. It was actually the cutest thing, because you could tell his barking was his way of showing his excitement!  Right in that moment it was obvious no interviewing, could be done until Ted had successfully b-lined his way down the sand into the water.  . .So we followed him and did exactly that!

We began our filming by watching Piskula rally with ‘Big Ted’ and oh did this dog  certainly live up to his name! I think his name symbolizes his size and likely his ability to “go BIG of go home!” because as you can imagine, this dog was a BEAST! For starters he literally was the biggest dog on the beach. Have you ever seen a dog so physically dense you start trying to guess his weight?  Ted was as thick as the days in San Diego are sunny. Also Ted swam the furthest and ran the fastest- no matter how many times it looked as if Piskula threw the tennis ball too far out, Ted never quit and effortlessly retrieved it, every single-time. Ted is truly lucky he has such an athletic dad to play with him because he sure has more energy than the average bear. One thing is for sure, Big Ted sure does look like one big Teddy bear. His big labrador block head makes is so he can model human fitted and baseball hats snug enough for a good laugh, this I learned on Piskula’s social media. 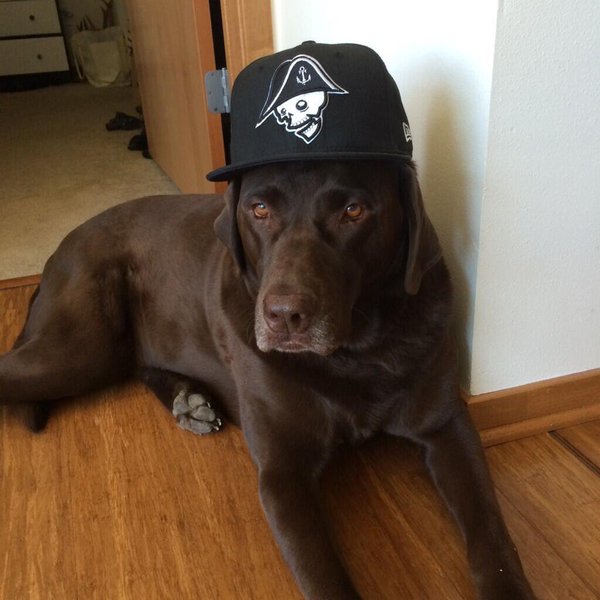 Meanwhile Joe was playing with Ted, he shared with us what made his dog a pinnacle part of a life. Having grown up in Wisconsin, he shared dogs had always been a huge part of his life since he was young. His favorite past times were taking the family dogs, out on fishing, hunting and other recreational activities he enjoys back home. Since becoming a San Diego Gull, and then being selected as the teams Captain, it meant a lot to Piskula that his wife and Big Ted were able to make the move out to California with him. He went onto say between all his travels being a hockey player and moving around between the National Hockey League and the American Hockey League the one constant in his life that is always certain, is his Big Ted.. .

Today San Diego is close to home for Piskula and Ted, and of course their favorite place to unwind is the dog beach. Living in a paradise with Big Ted has always been something he dreamt of, so when he learned he was going to play Gulls, Piskula was thrilled. Now having lived here almost a 9 months, Piskula has shared his appreciation for how dog friendly the city of San Diego is.. from activities to dinning, Joe and Ted are no strangers to the hundreds of awesome dog friendly features this city offers.

Personally, now having had attended a couple Gulls hockey games and having met Joe Piskula ( and Big Ted ) it’s no wonder the Gulls organization selected Piskula to be the teams captain. He’s a great athlete and even greater person of character. He’s knows how to deal with the media, he great at engaging with the fans, and he continues to be modest about his athletic achievements all while doing it, making for a great leader.

It was a incredibly humbling experience meeting Joe Piskual and watching him play with Big Ted. It’s funny because, working in the media, as I’m sure many would also agree, there’s nothing more humbling than seeing a celebrity, pro-athlete etc of some kind hanging out with man’s best friend.

To Joe & Ted’s Big Adventures follow them on social media @skoolz43 and be sure to follow the rest of the San Diego Gulls team @SDGullsAHL to see more players and the pictures they post of their own puppies! 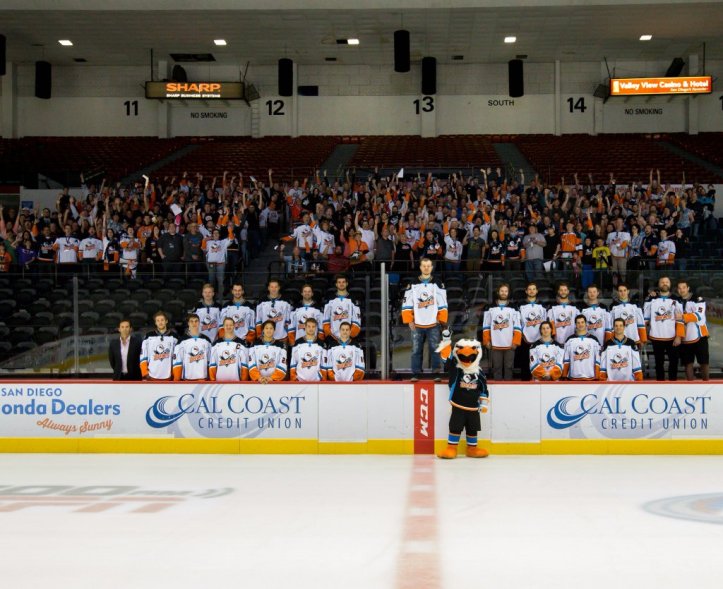