Why DogVacay Agrees Jack is San Diego’s Pride and Joy

I was recently approached by a new, awesome dog-boarding company called DogVacay. They asked if I would explain why my dog Jack is the perfect mascot to represent the city in which he lives, beautiful San Diego. I responded by asking, “How much time do you have?”.

Unless you been living under a rock, you know San Diego is incredibly dog-friendly, so much in fact that it has been recognized as “Dog City USA” three times in a row by Pet Side Magazine. Not only does Jack reflect the essence of what it means to represent San Diego lifestyle, I also believe every dog with whom his presence has graced, was been touched by his infectious joy. Further making him the perfect Fido face for San Diego. 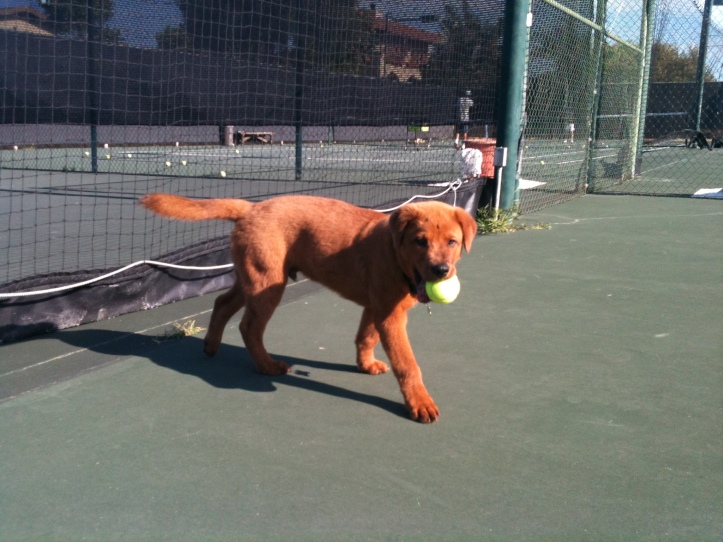 Jack has embodied what it means to be a San Diego dog since he was a puppy. At a young age the orange chestnut chow-lab mix learned to chase and swim after tennis balls in currents that not even adult retrievers would dare paddle in. His large, webbed paws gave him the ability to pick up swimming easily as a puppy. He has since gone on to thrive as a strong and fast swimmer. In 2011, when he was just 1 year old, Jack was admitted to the Veterinary Speciality Hospital for torn ACL’s and CCL’s in both knees known with what is known as the Cranial Cruciate Ligament Rupture. Doctors do not know if this was a result of excessive swimming or of it was a result of poor genetics. Soon after this was discovered, the chow lab mix underwent a TPLO bilateral knee surgery and thankfully made a quick and incredibly successful recovery months later. Today Jack runs faster and swims harder than he ever did pre-surgery. He is an incredible athlete– many would say he is “All-Star” status. To learn more about Jacks rare CCL Rupture click here to read Jacks TPLO Bilateral PART 1 and 2| Barking Beast San Diego.

By the time Jack was one and half years old he could often be seen at many San Diego pet friendly parks, beaches, community events and businesses. Jack even had appearances in pet publications. You can often find Jack at Fiesta Island’s Off Leash Dog Park San Diego’s premiere 9 mile stretch of island dedicated to outdoor recreation and the dog lifestyle. When he’s not busy working to promote DOGTV – The First Television Channel for dogs launched in 2010 in San Diego, you can find him representing Barking Beast and the San Diego Pets Magazine – San Diego’s premier source of pet community news  at expos like the San Diego Pet Expo and Cardiff Dog Days of Summer in his hometown Cardiff, CA. I annually attend many non profit charity events on Jack’s behalf to help raise money for homeless pets in the San Diego community. Inspired by Jack, I have helped raised over $150,000 at some of California’s most recognized pet rescue charity events such as the Petco Foundation Annual Gala, 25th Annual Spring Fling Gala – Helen Woodward Animal Center Gala, Rancho Coastal Humane Society’s ‘Celebration of Second Chances Gala.. and Helen Woodward Animal Center Iams Home For the Holidays the largest pet adoption drive in history. 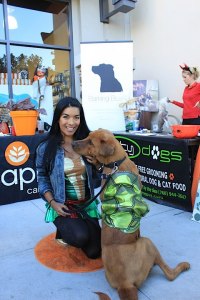 Jack loves jumping through the waves at Del Mar Dog Beach or Cardiff State Beach. He enjoys to hike and swim at Mt. Woodson as well the trails on Fiesta Island. When is comes to parks Jack enjoys to socialize at the new Cardiff Dog Park  as well D Street Park in Encinitas.

Jack is also a city dog. While he lives in North County San Diego, several times a week he makes the trip to downtown San Diego where you can often find us eating lunch at the Indigo Hotel and the Hotel Solamar . He also enjoys taking a stroll around Petco Park after lunch so do not hesitate to say hi if you see us, Jack loves making new friends. 🙂

When Jacks not out on the town being the goofy mutt he is, he spends time at the Kamp Kanine Academy for Dogs funded by the Rancho Coastal Humane Society of Encinitas. He currently holds the highest level canine collar (green, indicating his excellent social skills) at the school and has been awarded and recognized for advanced socialization among his peers.

Today Jack is the face of The San Diego Pets Magazine Top Pet Friendly Resturaunts Guide ,as eating out is one of his favorite activities. He is always looking to discover the latest pet-friendly restaurants on the San Diego scene.

Jack takes great pride in being a native of San Diego and it shows through in all his enthusiastic involvement with the San Diego dog lifestyle community. Among his accomplishments the most outstanding is that he brings me more joy and happiness than I ever could have imagined. Jack was the inspiration behind this dog blog. He has changed my life for the better. He makes me smile, laugh and love every day. While we can confidently tell DogVacay that Jack is the perfect fit for San Diego, he more so represents what it means to be not just man’s best friend but woman’s too. I count my blessings from him every day.

Be sure to check out Dog Boarding San Diego, California | DogVacay and sign up for their awesome social media network which makes being a part of the dog loving community more exciting than ever! Find a new sitter in your area or set up you next doggie play day on DogVacay.com!!! See you there!!! Woof! Be sure to LIKE Dog VACAY on Facebook!